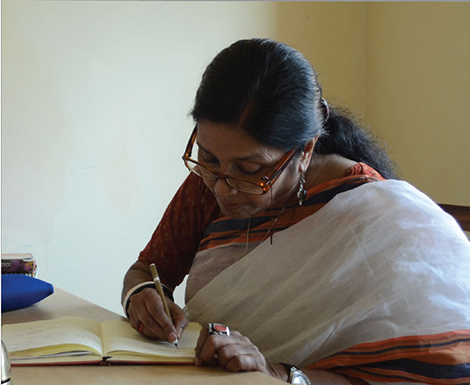 The leading lady of the Bangladesh stage, Ms. Majumdar did her Masters in Bengali and Arabic from the University of Dhaka. She took up teaching as her career which she is still pursuing. Besides acting in numerous plays on stage, TV, radio, film, she has directed several stage plays. She has received a number of national and international awards like Independence Award, Ekushe Padak, National TV Award, William Carey Award (India), Munier Chowdhury Honour and Meril-Prothom Alo Lifetime Achievement Award for her contribution to stage and TV. She has got six publications to her credit.